Entertaining Posts From The Beer Blogosphere #2

First Dan of The Full Pint has posted a poll asking you to choose the “Best East Coast Craft Brewery“. For me it was a bit of a pickle to decide as I adore many on their little list but I made my contribution and you should too, poll closes February 26th.

Bryce over at beer.about.com brought up a very funny topic, apparently the genious executives over at Coors UK do not understand why their beer doesn’t appeal to women. Apparently they have concluded women find their beer too bitter but any craft beer fan can immediately reconize they are off their rocker. He links to a lovely and insightful response to Coors written by Carolyn Smagalski. Perhaps Coors should consider listening to those who they are trying to market to, its amazing how helpful people can be when you give them an audience, though the first step to better success in my oppinion would simply be to stop producing piss beer, but what do I know. A lovely example of executives showing they know almost nothing about the buisnesses they are charged with running, cheers.

Chris of Beer Activist points us to a lovely website called Wallstats where a guy named Jess creates some very neat posters and recently one that is beer related. I had previously seen his most famous work titled Death and Taxes but today we are here to talk about his post entitled 50 Billion bottles of beer on the wall. He does a wonderful job of illustrating in a simple manner facts that are very relevant that we often ignore and others that are just fun. Here are some of my favorites: Or that health care thing… Beer is my biofuel.

I can’t believe I’m even linking this disgusting display but I can’t help it particularly because of the lovely photographic evidence of this event. Georgia Hardstark writes about a strange craving that herself and friend Alie had been having, a post last call desire for McNuggets. What must have been going through their minds when they created this concoction I will never know but at least it appears they had fun with it which I fully respect. McDonald’s + Vodka gut rot can not be pleasant. 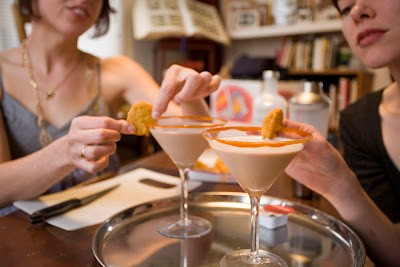 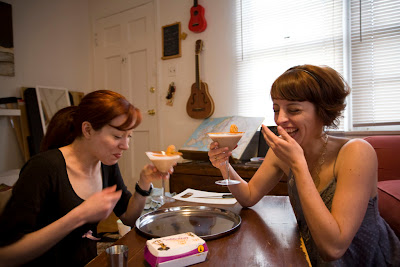 On a local note our buddy Ryan from MNBeer points out an article from WCCO talking about a resolution that the city council is considering to end happy hours. The proponents of the change suggest that cheap drinks encourage binge drinking and irrisponsible acts related to consuming so much alcohol. This is ofcourse as stupid as stupid gets. Though it is the argument many people riase it has no merit what so ever. Sure something costing more means people may be more hesitant to purchase it but not allowing discounts on something is not going to stop people from consuming it. Not only does limiting happy hours not allow responsible drinkers to enjoy a cheaper night out it will do more damage to those people this amendment is claiming to protect. As a college student or person of any age, if you want to drink alcohol and can not aford it at the bar it will certainly not stop you from binge drinking. If anything It will encourage people to go to the liquor store and buy the nastiest bottles of $10 vodka they can find and bring a bunch back home. Now we have people consuming poor quality liquor and doing so in a unsupervised situation, which will not only encourage binge drinking (because it tastes like shit and you gotta get it down quick) but also underage drinking. Good job. Talk to your city council (wo)man and make sure they are not fools.

And now to stray for a bit of beerless news:

GlaxoSmithKline the worlds 2nd largest pharmasudical company is pledging to provide drugs to the worlds poor for 25% of the price we pay here in the U.S. or UK. While this is wonderful how about we start decreasing the prices of pharmasudicals for everyone! I know crazy concept, what am I thinking. Stop wasteing money on advertising and pattents and lets instead spend our money on things that will actually help our world. Thanks.

I.O.U.S.A. a sundance movie that looks to be a real charmer. OK maybe its not positive content, but it is stuff you need to open your mind to if you haven’t yet. I only hope that films like this open peoples eyes and make them realize that we can not live our lives in the excess we do. Please teach your children to save money, or there will be no one to save you.

Now on a lighter note April Winchell shares with us some lovely recordings of Obama for the audio tape of his book Dreams From My Father, a good book by the way. The last recording never fails to make me laugh.

This entry was posted on Tuesday, February 17th, 2009 at 1:59 pm and is filed under Beer Blog. You can follow any responses to this entry through the RSS 2.0 feed. You can leave a response, or trackback from your own site.